We are thrilled to announce an extraordinary group of local artists selected to receive Fresh Meat Productions Seed Commissions!

These Seed Commissions are unrestricted grants, intended to be an investment in the ongoing artistic, creative and community practices of these brilliant Bay Area artists.

The selected artists work in a wide range of disciplines: music, theater, dance, drag, media and performance — and were nominated and selected by a team of BIPOC  TGNC2S+ Nominators. Nominators were also awarded a curatorial fee and a Seed Commission to support their artistic practice. 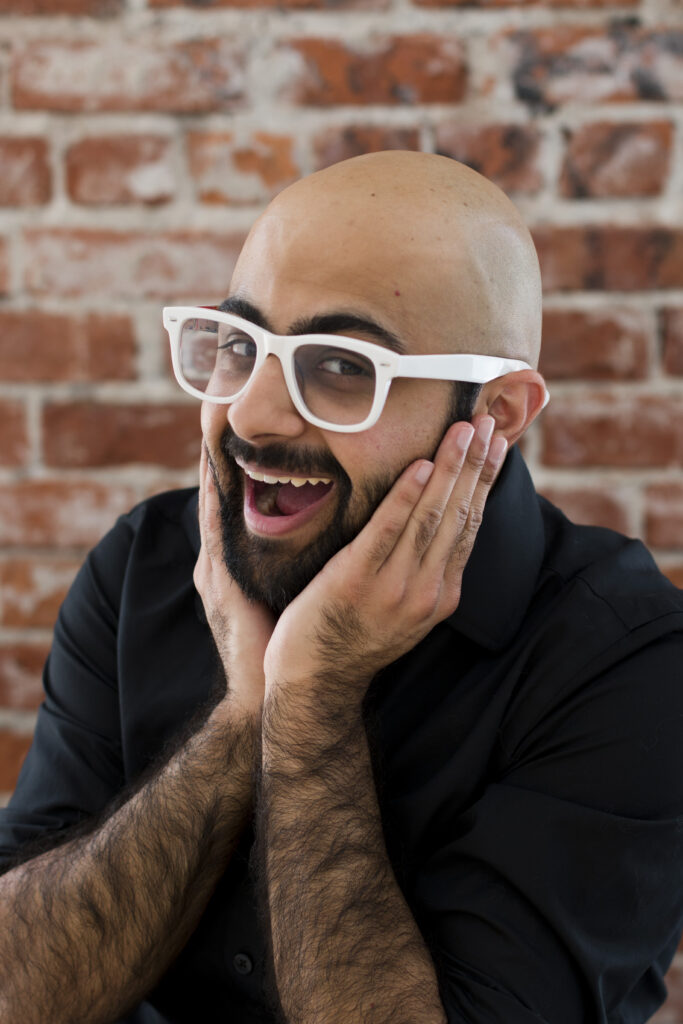 Anand Jay Kalra (he/him) is the artistic and managing director of Uncaged Library Arts & Information. He is grateful to co-create music, film, and other good trouble with his beloved queer & trans artist community. 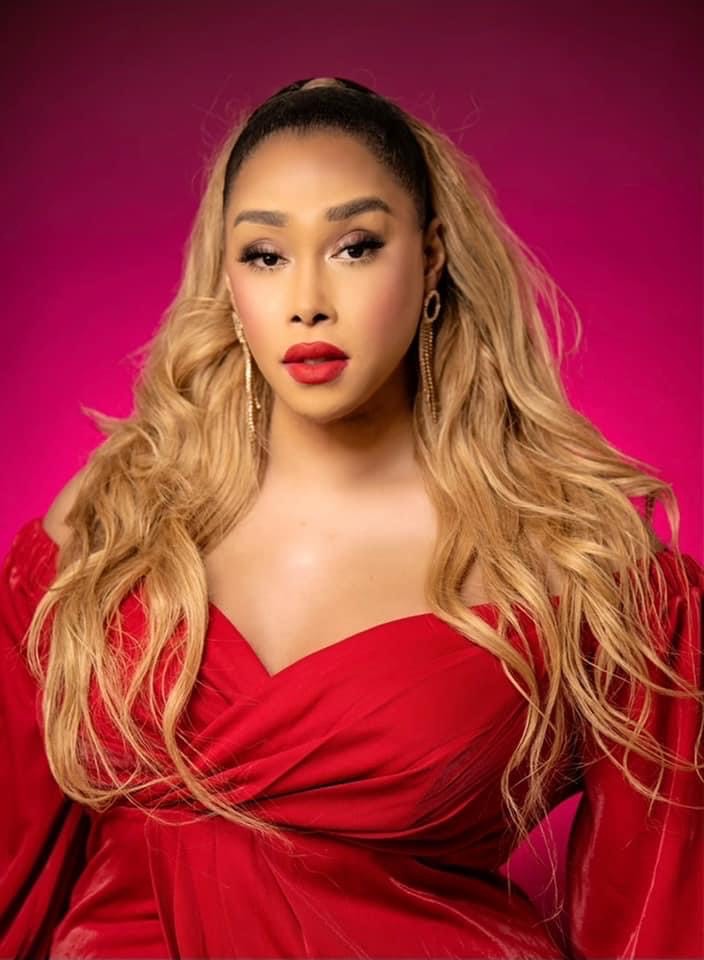 Breanna Sinclairé is a graduate from Calarts and San Francisco Conservatory of Music (first Trans person in the Opera program). She was the first trans singer to perform at a national sporting event. Breanna was named OUT Magazine’s LGBT Hero of the Year 2015. She has traveled across the States and Canada. Her debut at the Walt Disney Concert Hall on July 2017 was a huge milestone in her operatic career. She performed at the Lincoln Theater, Nourse Theater and many celebrated halls.December 31st, 2018 she made her debut with the San Francisco Symphony as the first trans singer to perform with the orchestra. She made her debut in the role as “Kelly Davidson” in the new Opera Film “BOUND” by Kevin Lau and directed by Joel Ivany, a Canadian opera production by the Against Grain Theater which premiered March 27, 2022. 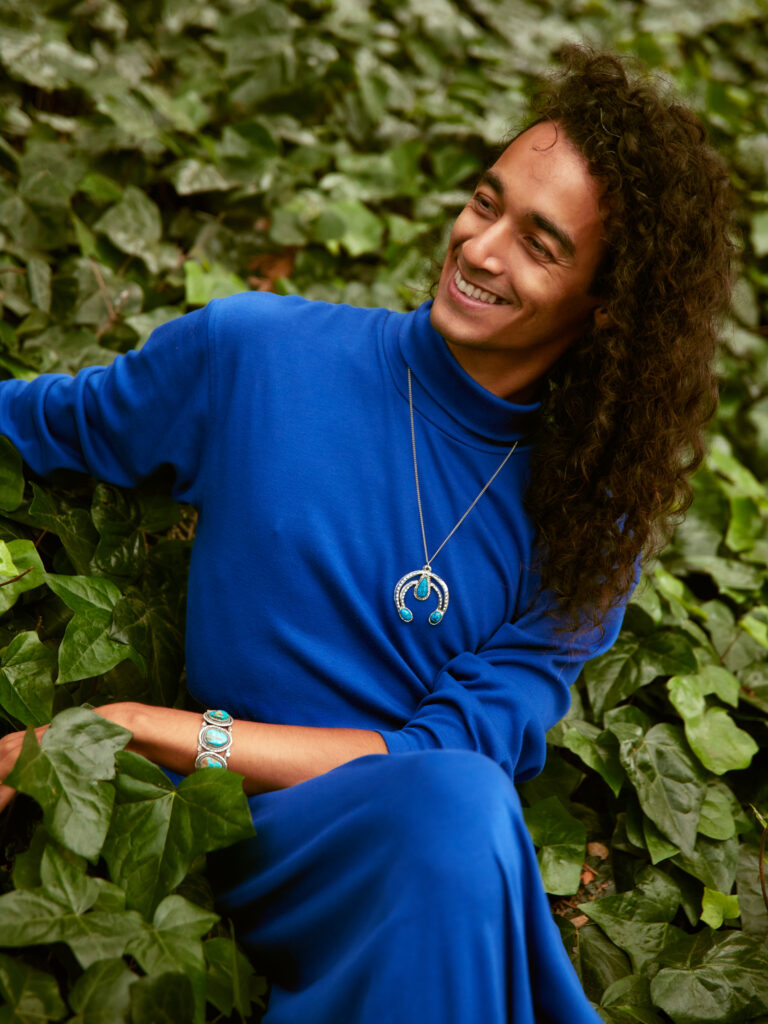 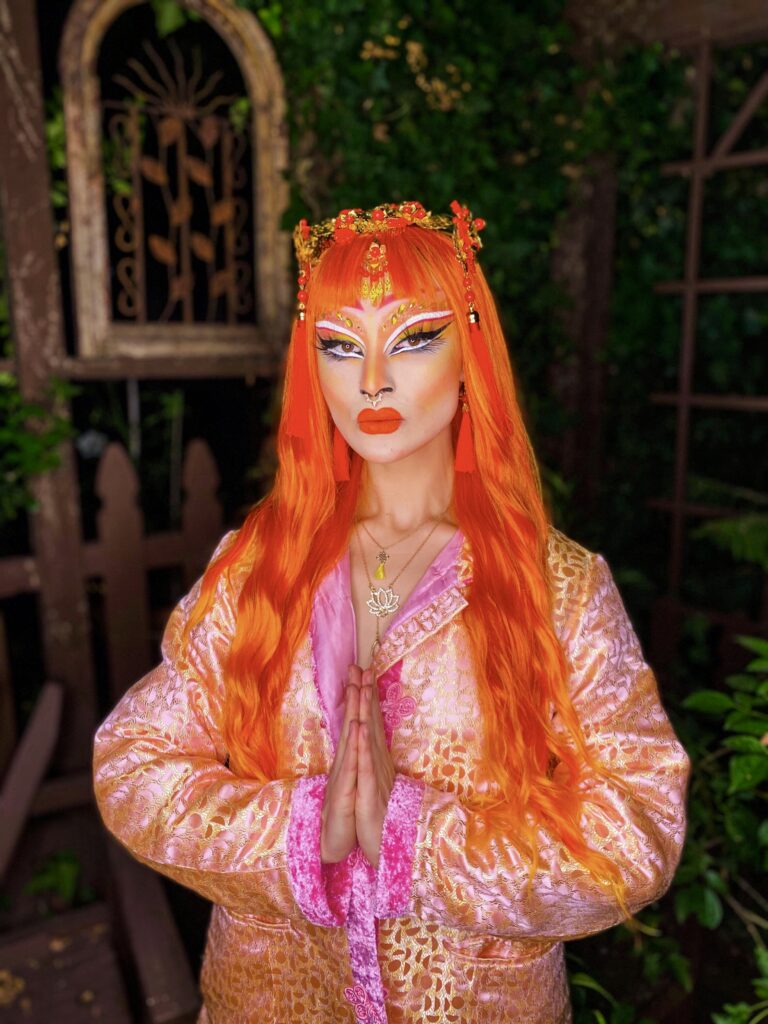 King LOTUS BOY is a shapeshifting, transgender and nonbinary, unapologetically disabled, Chinese-American drag king and anti-disciplinary artist based in occupied Lisjan Ohlone Land (Oakland, CA). Zir work explores themes of ableism, anti-Asian racism, gender fluidity, sustainability, and healing from trauma, often incorporating humor as a vessel of universal connection. With every performance, he aims to help the audience learn—or unlearn—something about themselves and the world around them. In 2021, they were a featured artist for THEYFRIEND, the world’s first nonbinary performance art festival. LOTUS BOY is on the Board of Directors for Oaklash, the Bay Area’s drag festival. 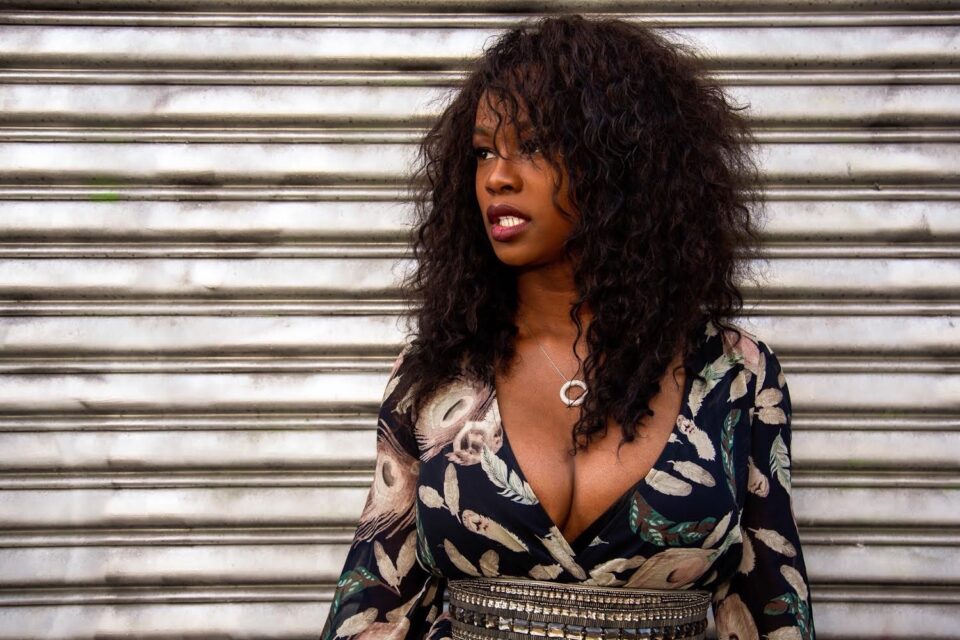 Tajah J B.K.A as Akira Jackson is a Contemporary R&B, Soul, EDM, and Pop artist. Born and raised in Detroit, Michigan and currently lives in the S.F Bay Area. As a black transgender multi-media artist and activist, Tajah J puts forth her experiences being formerly incarcerated, her love life, and her passion for trans empowerment as the essence of her music. 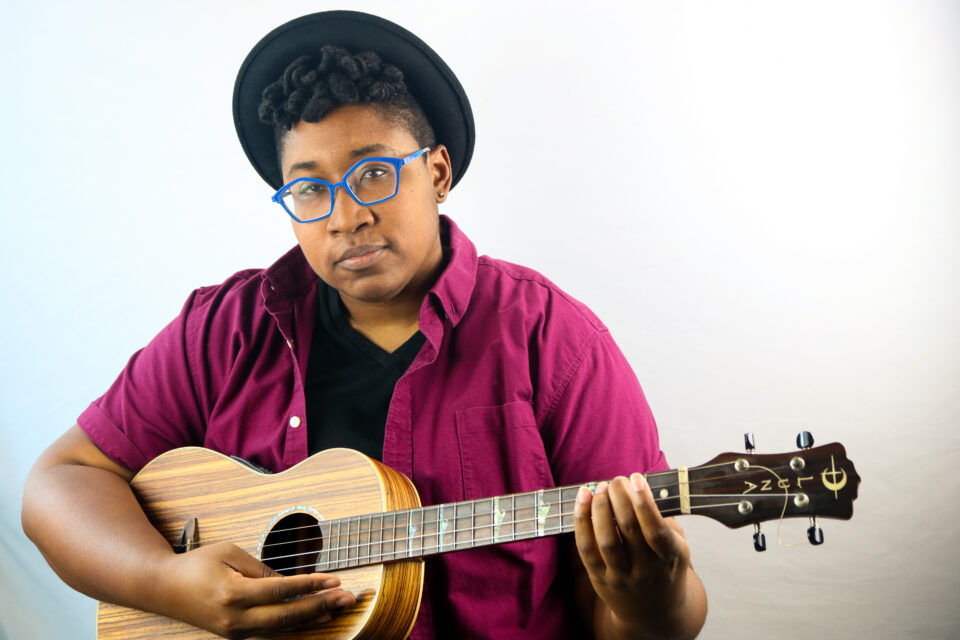 Adrian Applin is a Bay Area based singer-songwriter and multi-instrumentalist who plays the piano, guitar, and ukulele. Adrian’s musical style is broad and eclectic, and all of his songs are connected by the common thread of his powerful, versatile vocals. Adrian most recently played the lead in Octavia of Earth, a documusical about the life of Black science fiction writer Octavia E. Butler. He is currently the artist-in-residence for Uncaged Library Productions and working on a solo album. Adrian is also a member of Voices Lesbian A Capella For Justice, the oldest continuously running lesbian choral group in the country. 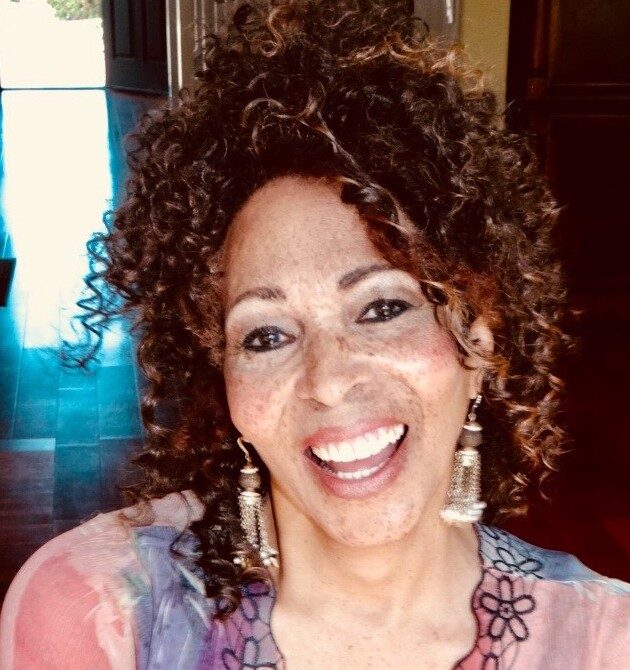 I am a long-time San Francisco resident who moved to SF mostly because of the arts communities. I am a published poet, two of my poems were purchased for a UCSF text book. I have been a dancer, a make-up artist, a jazz singer, a stripper and a Social Worker. 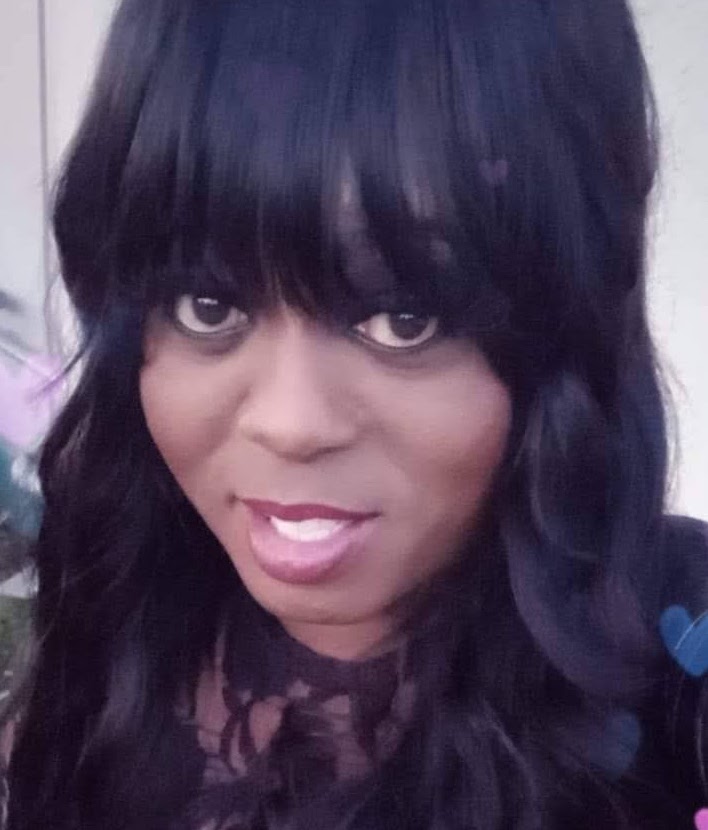 I identify as a black woman of transgender experience. I’ve worked in non- profit for nearly 23 years, in the field of HIV and Mental Health. I grew up in the east bay, Oakland California, and attended private school for my entire education, including college. My creativity was heavily impacted in church growing up, but I began to fine tune my artistic creativity in school! I started singing in the choir by age 5 and I’m continuing to love my vocal abilities as it pertains to the choir, and now public speaking. I’ve loved public speaking since I was 10. 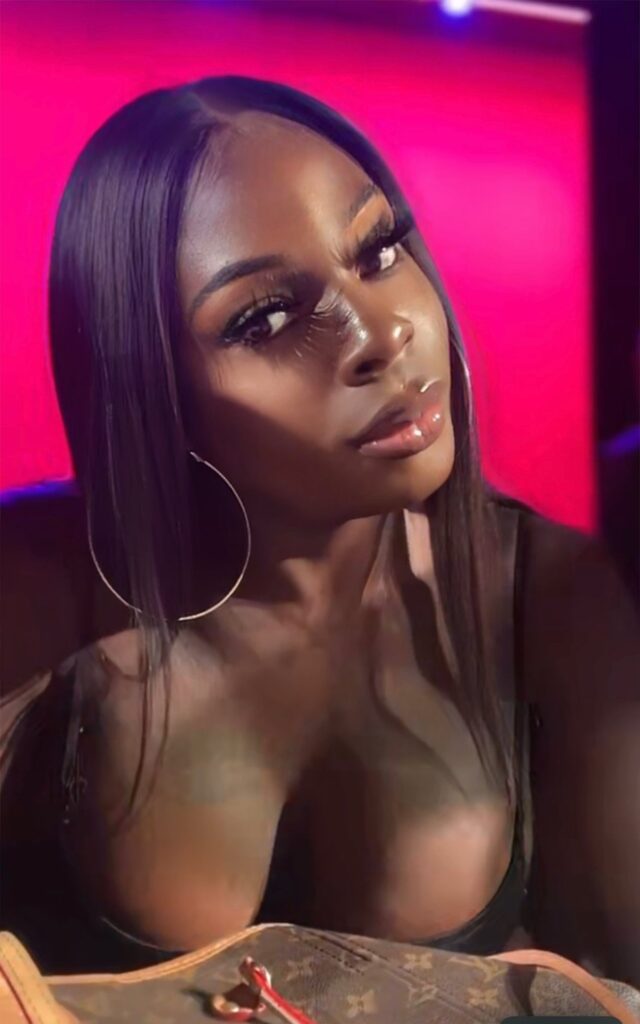 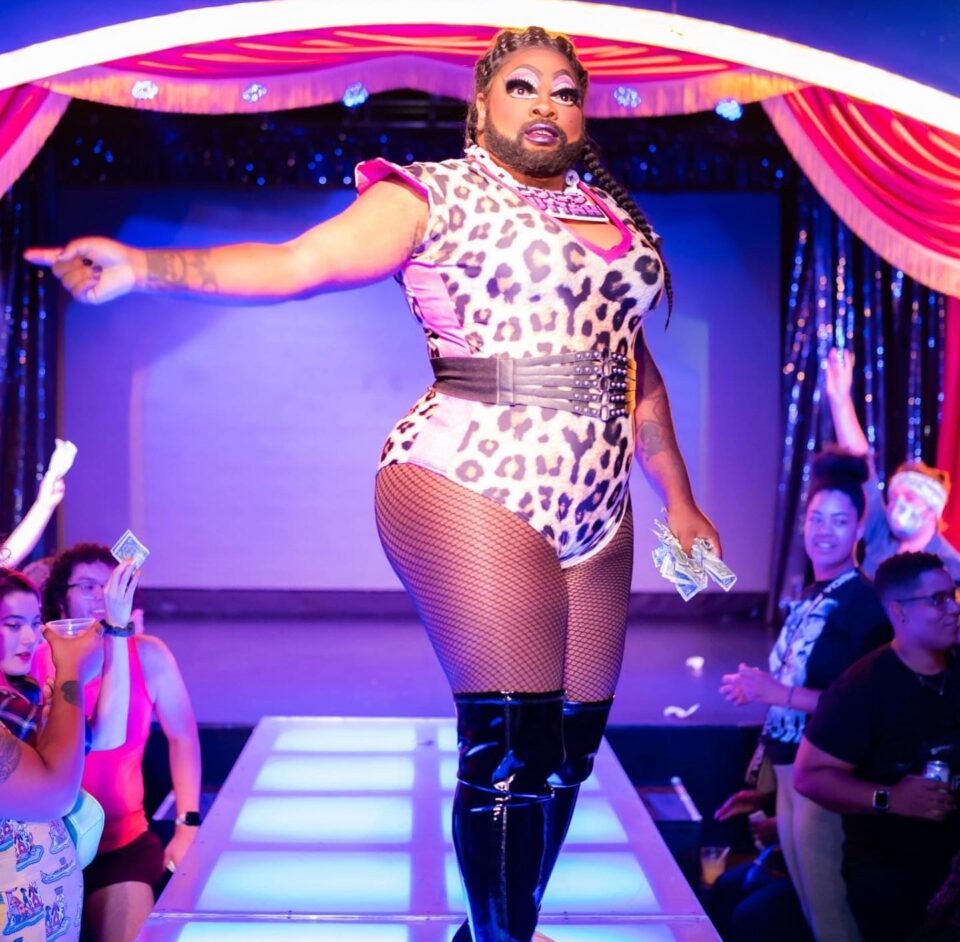 Coco Buttah is an Oakland based non-binary performer, specializing in drag, acting, dancing and singing. They have been an actor for most of their life, and a drag artist for the past eight years. They use influences from their years of musical theater, song, and dance in their art. While still adding their special brand of queerness to all they do. 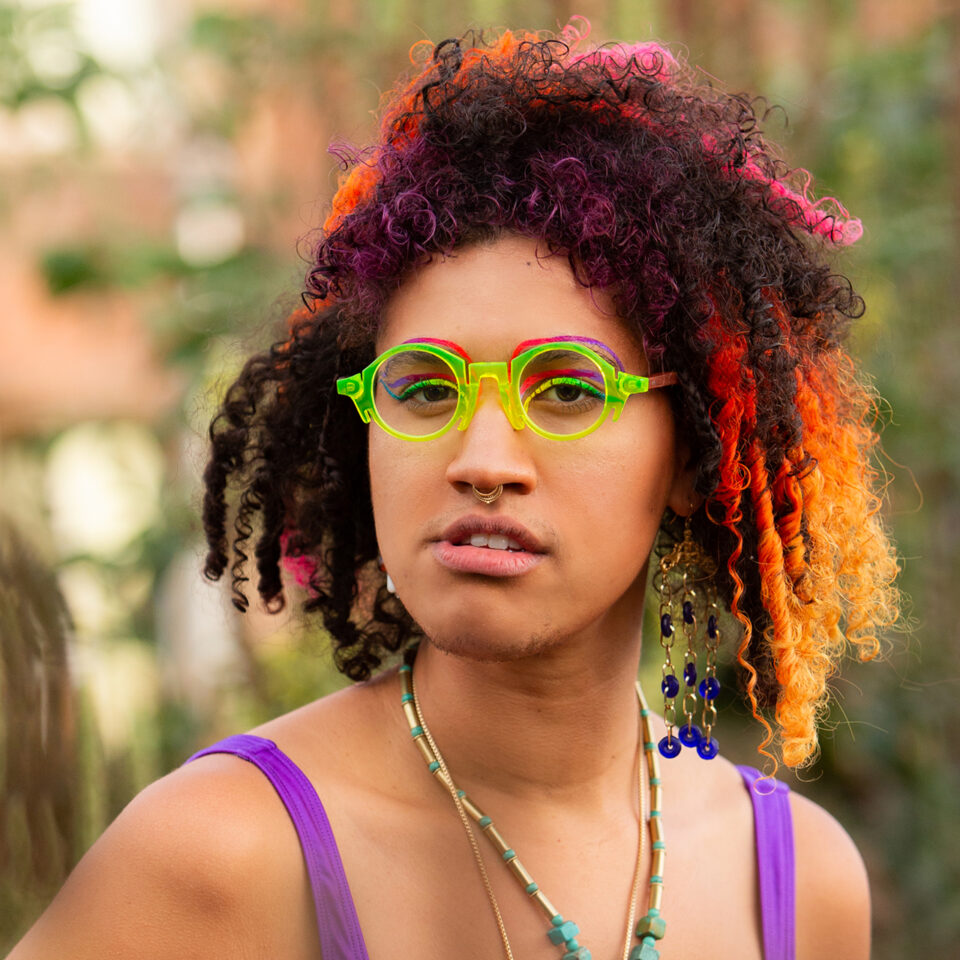 Gaia WXYZ @gaiaw.xyz (pronounced “wize”) is a Black agender multimedia creator who specializes in visual art, specifically comics, illustration, painting and design. They write & draw autobiographical comics about being Black and Queer. Since an early age, art has been the major motivating force in their life, concocting characters and storylines in sketchbooks. Though they have skills in a variety of media, including printmaking, sculpture, photography, installation and performance art, Gaia has focused their talent to pursue a lifelong dream of becoming an arts educator, teaching the first ever classes on comic art at UC Berkeley. 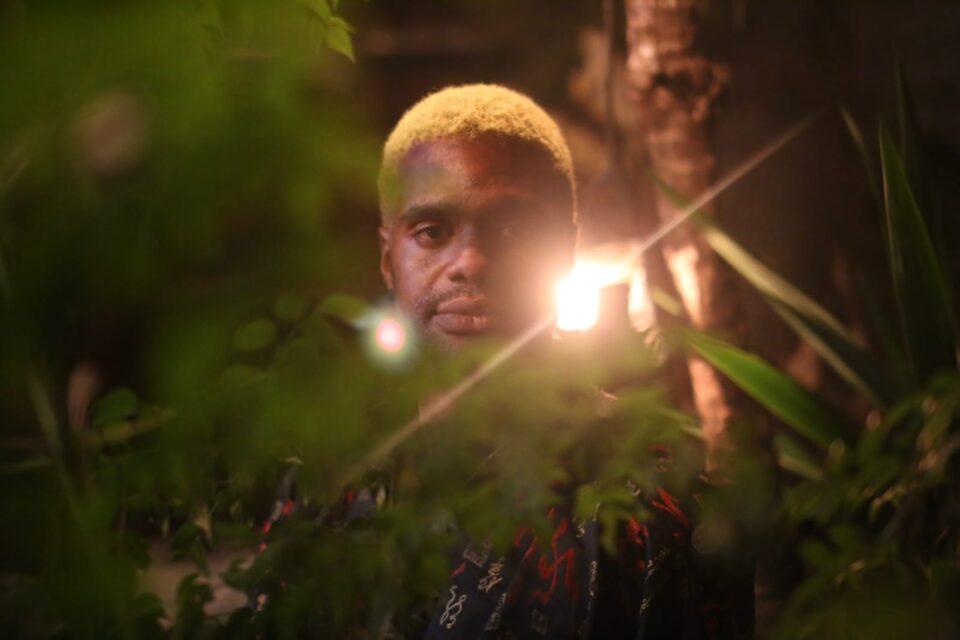 Heaven on Earth (H.O.E.) is a Pop Star from another dimension, here to use your Love as fuel to get back home. Heaven is the shepherd, leading you to a personal Renaissance. Love is the only language Heaven speaks. 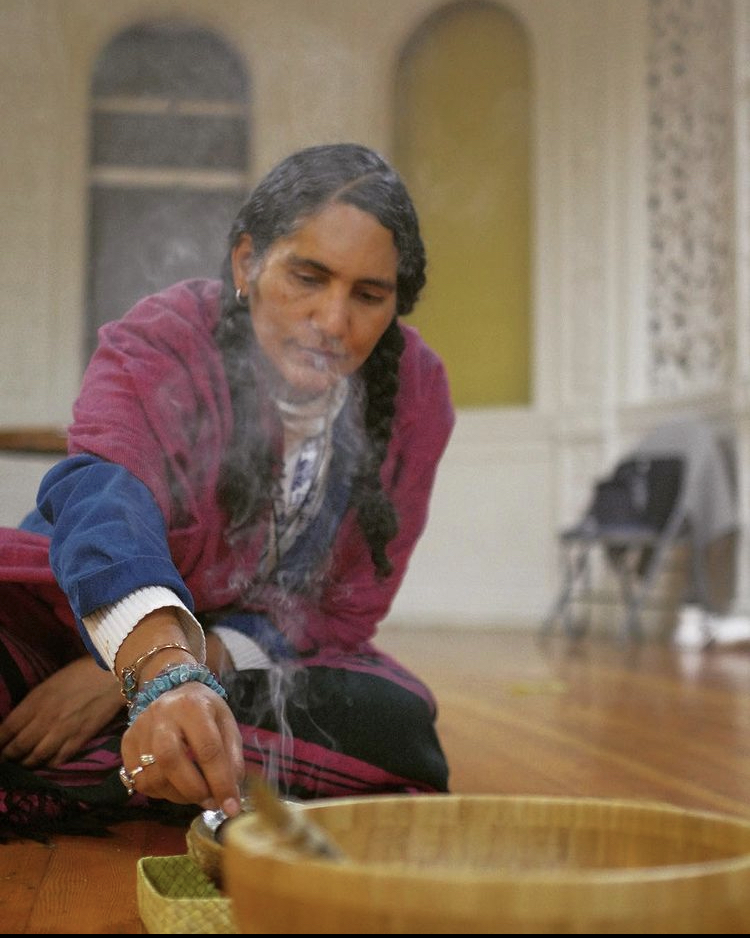 Dr. Jennifer Lisa Vest is a mixedblood Afro-Indigenous Seminole Two Spirit poet, philosopher, storyteller, healer, ceremonialist, filmmaker, and author. S/he combines the traditions of African American Hoodoo, Native American Sweatlodge, Jamaican Revivalism, Trinidadian Shango, and Spiritualism with poetry and performance to heal community through art. Their film, [Re]Counting [Wo]Man was recently screened at the Queer Women of Color Film Festival . With a PhD in Indigenous Philosophy from UC Berkeley, an MA in history from Howard, and a BA in Physics from Hampshire College. Vest is the author of a book of Poetry, Ancestor Count, and a guidebook for healers called The Ethical Psychic. She is the founder of the online school, Metatron’s Academy, the Women of Color Medicine series and also hosts the podcast, Journal of a Medical Intuitive. 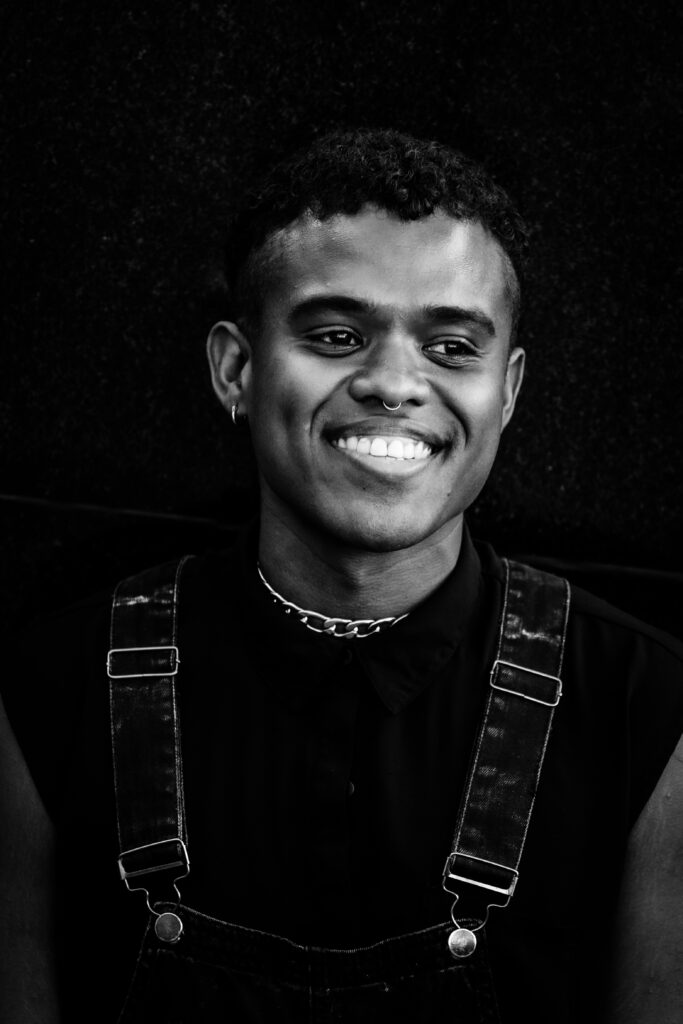 jose e. abad is a choreographer, DJ, and curator based in unceded Ramaytush Ohlone Territory. Born to a Filipina Mother and an Afro-Carribean U.S. Naval Officer, their work explores the complexities of cultural identity at the crossroads of gender, sexuality, class, and race. They center QTBIPOC collective and process-based practices of becoming and re-membering to highlight the most intelligent technologies that exist in this world – our bodies, ancestral wisdom, and nature. Through dance, surrealist video, and sonic experimentation, they seek to unearth lost histories that reside in the body, that the mind has forgotten, and dominant culture has tried to erase. 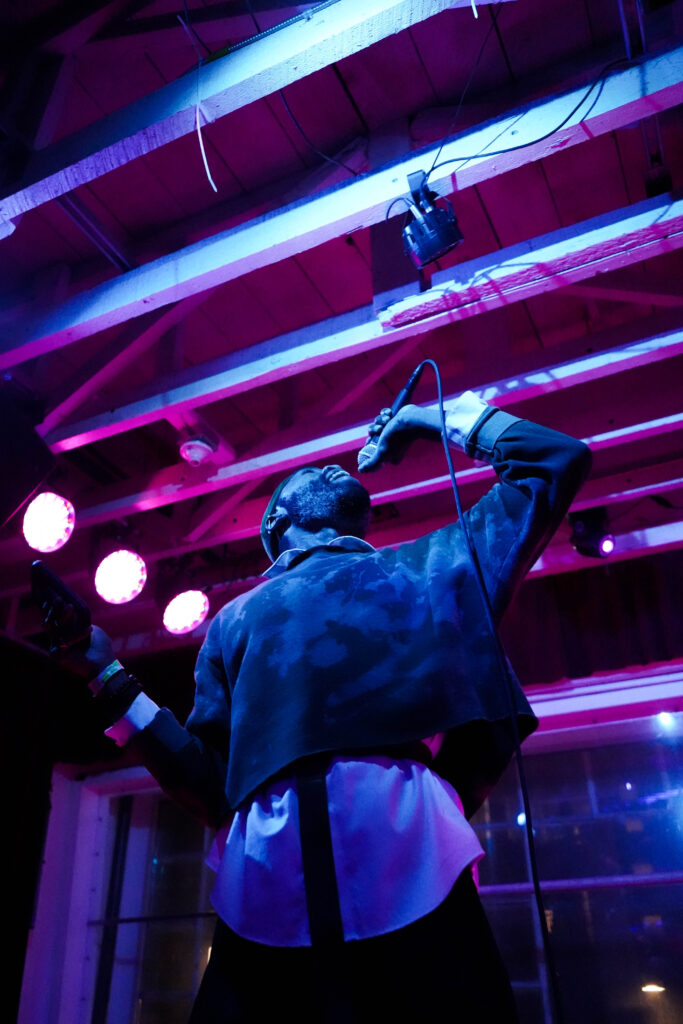 LBXX (pronounced Lunch Box) is a local up and coming queer Bay Area hip hop artist. His gritty flow, mixed with fresh rhymes, adds something new to the scene. Born in the West and raised in the East, LBXX pulls from both sets of cultural roots that allows him to have a smooth flow and yet a powerful sound. LBXX has been captivating his audiences all across the Bay with his insane energy level and skillfully articulate delivery. 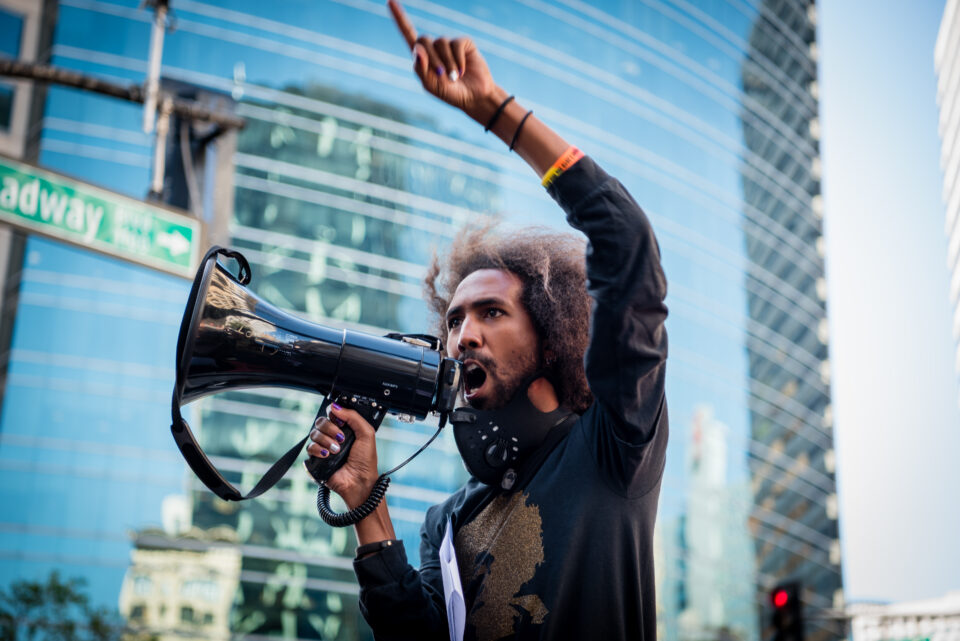 Has earned a B.F.A. in Music Theatre from the University of Texas El Paso (UTEP). They are the Choir teacher at Westlake Middle School in Oakland. Most recently, they were a teaching artist with Bay Area Children’s Theatre (BACT) in several of the company’s educational programs. They are a member of The Bonfire Makers, a political Theatre collective that creates performance by building evocative pieces gathered from community stories and ensemble collaboration. Andre was also a member of the Red Ladder Theatre Company’s Arts in Corrections Program where they helped facilitate a 12-week theatre workshop with incarcerated men. 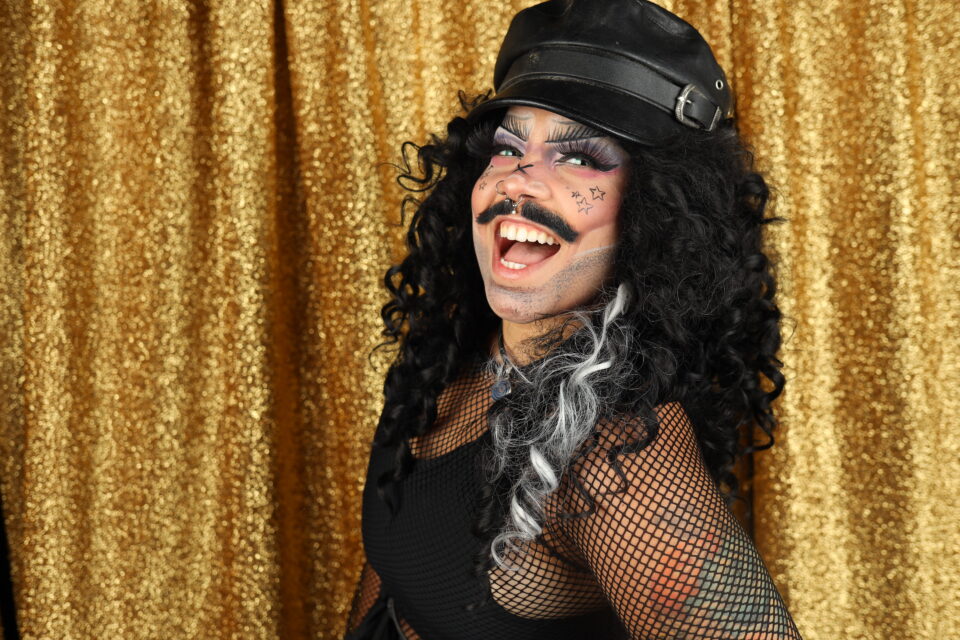 Mudd is a queer, hard of hearing, multiracial, bipoc/latinx drag artist! He has been on the stage well over a decade and has really expanded and flourished performing the art of drag. He hopes to inspire individuals to embrace this expressive art form in whatever way they feel fit, and to spread joy in their community while raising awareness of the power of inclusivity of those with intersecting identities. 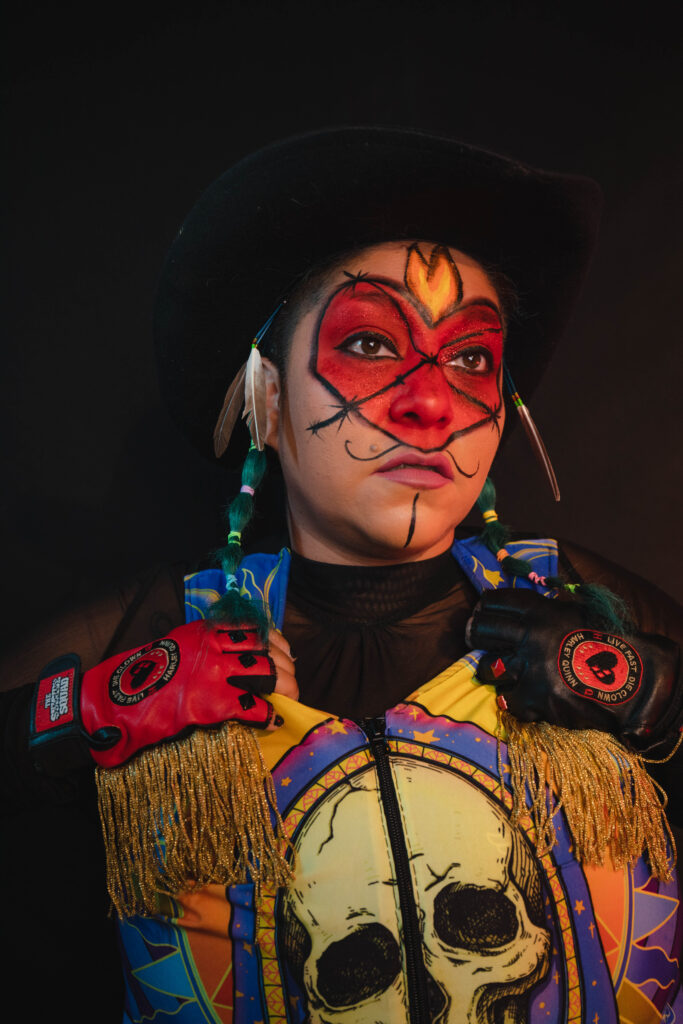 Papi Churro is a newly transplanted Two- Spirit Indigenous Drag King from Austin Texas. He’s been performing Drag now for 7 years and a show producer for 6 years now. Performing in several states including California, Texas, NYC and Boston to name a few and several festivals like Bushwig, Oaklash, Austin International Drag Festival, Texas Burlesque Festival and Texas Queerlesque Festival. He’s happy to call the Bay Area his home. He hopes to contribute in the advocacy for Indigenous and BIPOC rights. 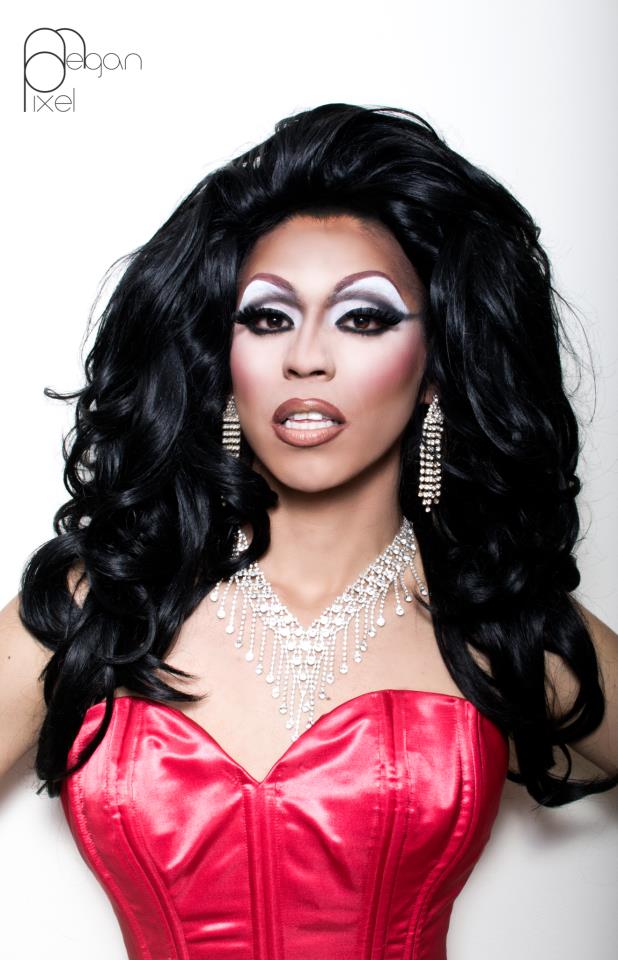 Reina de Aztlan is an Oakland-based drag performance project created by Reina Hernandez. They grew up in Decoto District of Union City, CA. and attended UC Berkeley for their B.A. in Ethnic & Gender Studies. As a teenager, they studied and practiced extensively Mexican and Indigenous culture, dance and history. Later, they witnessed the magical transformistas of the historical San Francisco Gay & Trans Latinx bar, Esta Noche. In an effort to bring together all of these things (including activism) Reina de Aztlan was born. 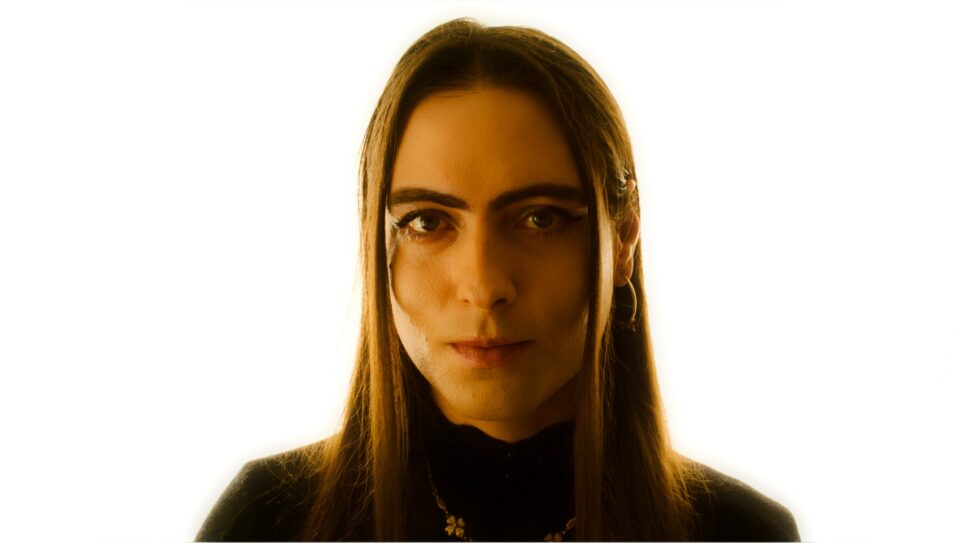 Sepi Mashiahof is a second generation Iranian-American immigrant and trans-femme filmmaker, screenwriter, and musician. She holds a BA in Literature from the University of California, Santa Cruz, where she wrote her senior thesis on Horror Film, using a feminist lens to explore the queer signifiers of canonized monsters throughout film history. After graduating, she moved to Oakland, CA where she cultivated relationships with the queer underground arts community through her work as Executive Director at Bay Area Girls Rock Camp, host of the cult Scream Queens Radio program, and member of industrial no wave band SBSM. 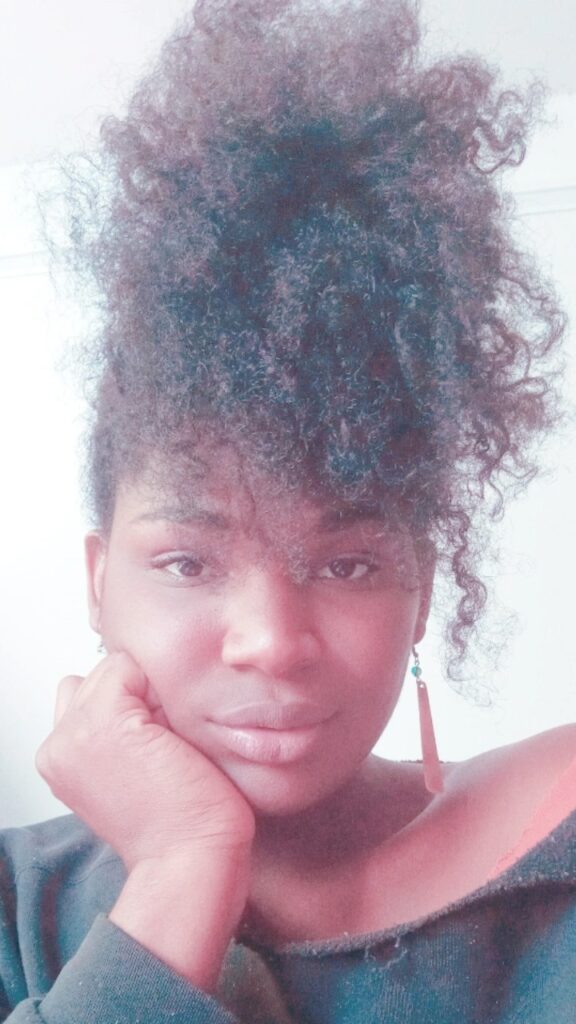 Vision is a multimedia artist, peer advocate, social worker and entrepreneur. She works with transgender youth peer counseling and currently writing her book ‘ Apartheid Underground’( How white progressives obscure the truth of white imperialism);Available to purchase September 2022 on AMAZON.Poet ,Womanist and advocate for the abolishment of ‘Femicide’ world wide. She believes her ultimate goal in life is for all woman across the diaspora to have autonomy and to encourage women to never question their logic.She believes if we end femicide today Patriarchy would end tomorrow. She believes misogyny is at the roots of homophobia.She believe black transsexual women are oppressed because black women are oppressed world wide. She believes in highlighting the shared struggles of trans and cis women; so that we may be better aligned to end the war waged against womankind on this planet.