Don’t miss the very RARE opportunity to see panels of the NAMES Project AIDS Memorial Quilt — on display at Z Space for THE MISSING GENERATION (May 5-7, SF) by Sean Dorsey Dance THIS WEEKEND! 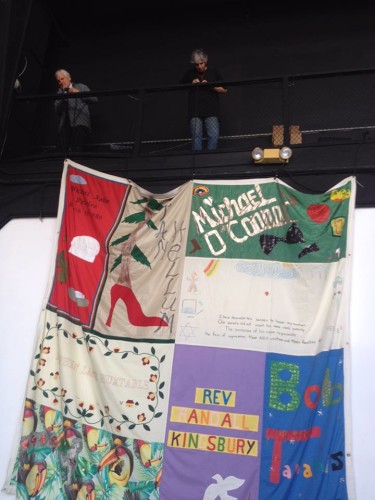 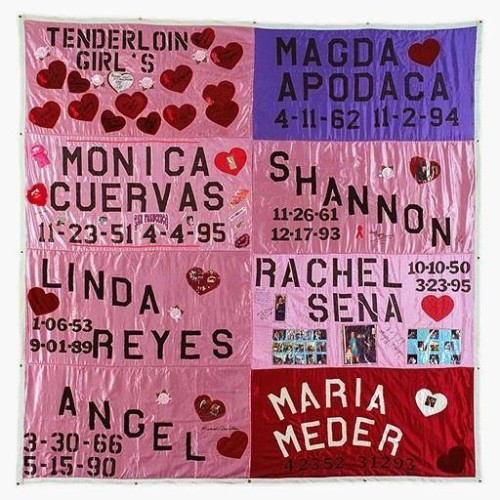 During the early AIDS epidemic, many transgender and LGBT people who died of AIDS complications were not given funerals, due to the outright refusal by many funeral homes and cemeteries to handle the deceased’s remains, and the discrimination & stigma of surviving family members.

Lacking a memorial service or grave site, The AIDS Quilt was often the only opportunity survivors had to remember and celebrate their loved ones’ lives. The panels were designed by founder Cleve Jones to be the same dimensions of a grave — so that when the Quilt was laid out on the ground we could literally “lay down our dead” as an act of outrage and protest before all the levels of governments who refused to respond to the epidemic — and who allowed our communities to die.

Come and see the Quilt this weekend at Sean Dorsey’s THE MISSING GENERATION — this powerful, award-winning show is based on oral history interviews with longtime survivors of the early AIDS epidemic.