“The world of dance, with its rigid gender roles, isn’t the most logical refuge for a transgender person – but that’s precisely what inspired dancer and choreographer Dorsey to found Fresh Meat Productions in 2002.

His San Francisco-based transgender and queer performing arts organization, the first of its kind in the country, reaches 17,000 people a year with local and national touring productions.” 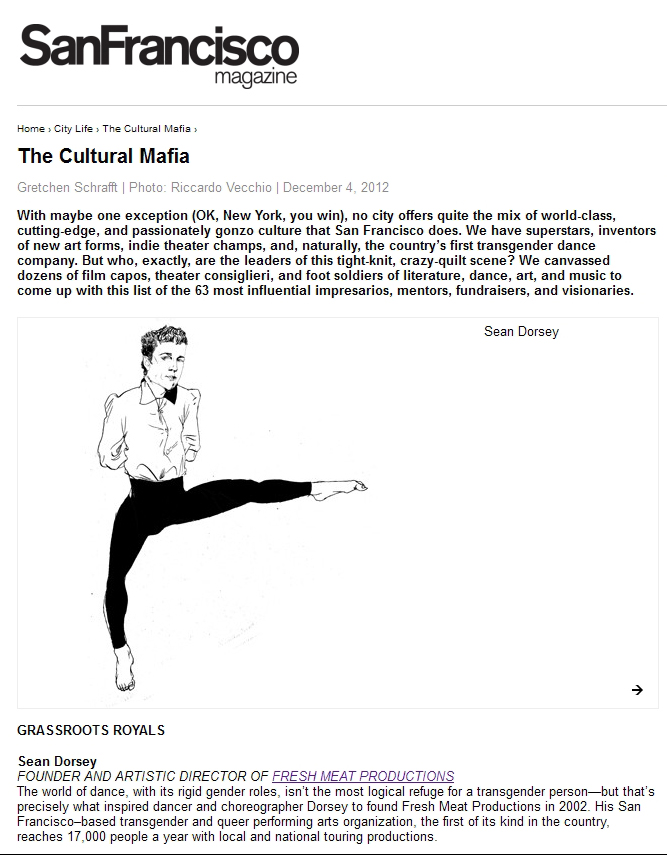