The Fine Arts Museums of San Francisco are the city’s museums. As part of our initiative to welcome all San Francisco residents to the museums free on Saturdays, we will provide free unique museum experiences celebrating the city we love.

Join us for a perfect opportunity to celebrate San Francisco Pride month kicking off June 2019! San Francisco is world renowned for our Pride Celebration and parade. It is the largest gathering of the LGBTQ community and allies in the nation. The Fine Arts Museums of San Francisco will celebrate the commemoration of LGBTQ heritage and highlight our city’s impact on LGBTQ history, culture and liberation. We also welcome you to enjoy a selection of short films curated by Frameline in the Koret theater on view throughout the day.

In collaboration with the GLBT Historical Society, the Fine Arts Museums of San Francisco presents, “Living History: Queer Culture Across Generations: LGBTQ Art, Film, Poetry & Dance In San Francisco”. This intergenerational discussion on the place of LGBTQ people in the arts in San Francisco from the 1960s to today will look at the past and present and will raise a crucial question: In an era of hypergentrification, can queer culture survive in San Francisco? Panelists will recount stories of their own practice in the visual arts, film, poetry and dance and will offer perspectives on the changes they have experienced in the local arts scene. Speakers also will evoke initiatives by the GLBT Historical Society Museum and Archives to document and support queer culture. 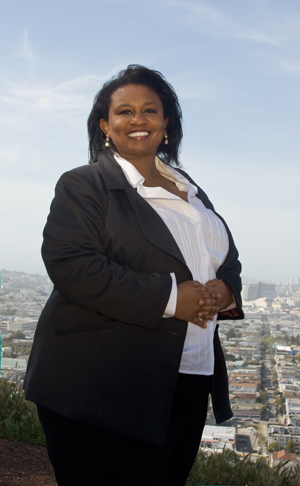 T. Kebo Drew, CFRE is a writer, dancer, and filmmaker, who has produced films including Don’t Fence Me In: Major Mary and the Karen Refugees from Burma by Ruth Gumnit and The Worlds of Bernice Bing by Madeleine Lim. Through QWOCMAP is serving as the Executive Producer for a new Madeleine Lim documentary Jewelle! Art, Activism and Vampire Futures, which charts the confluence of multiple generations and social movements from the pre-Civil Rights Era to Black Lives Matter and Standing Rock through the art and activism of Jewelle Gomez. Iconic writer, author, poet, journalist, playwright, arts administrator, and philanthropist, she is also an Ioway/Wampanoag Native American and Cape Verdean/African American Femme lesbian elder. Her influence can be felt from the dark side of slavery-era vampires to starry feminist futures, from philanthropy that topples the pillars of inequality to the hallowed rooms of Supreme Court victory. T. Kebo Drew has performed in the U.S., Latin America and Europe as a poet and dancer. She is a Cave Canem Poetry Fellow and won an Audre Lorde/Pat Parker Award, and she also won an Irene Weed Dance Award and Robert Kuykendall Dance Scholarship. She is currently the Managing Director of QWOCMAP, which builds power through film that radically centers our marginalized communities to fundamentally transform the world where justice and equity are the norm. Born in Memphis and raised in Oregon, with sojourns in Chicago, Manhattan, Mexico, and Colombia, she is a multi-lingual 3rd generation queer, and at 13 became a 2nd generation activist in movements from Sanctuary to anti-Apartheid, from ACT-UP and Queer Nation to ending sexual violence. 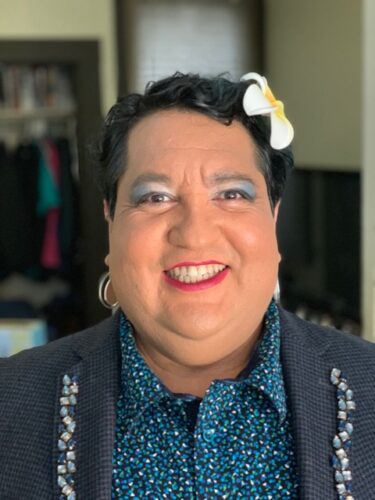 Tina Valentin Aguirre (genderqueer, they/them preferred pronouns) is originally from Logan Heights, San Diego—they moved to the Bay Area for college in 1986 and found a vibrant queer Latinx community mobilizing against AIDS. In the early 1990s, they helped set up AIDS programs at Mission Neighborhood Health Center’s Clínica Esperanza and Community United in Response to AIDS/SIDA (CURAS). In 1992, they appeared in Augie Robles’ Cholo Joto video; Augie and Tina both made ¡Viva 16! (1994, 27.5 minutes, video)to mark the loss and struggles of the queer Latinx community in San Francisco. Later, they worked with Queer Latino/a Artists Coalition (QueLACO), the Institute for MultiRacial Justice with Betita Martinez, and Tenth Muse Productions with Composer Carla Lucero, as a Producer of art festivals, a movie festival, and an opera on Sor Juana Ines de la Cruz, respectively. Tina is also a poet and has worked as a journalist. Tina holds a BA in Communication from Stanford University, works at the Shanti Project as their Associate Director, Institutional Giving, and serves as Chair of the Board of Directors for the GLBT Historical Society. They completed an 8-week generative writing series with Still Here San Francisco in 2018 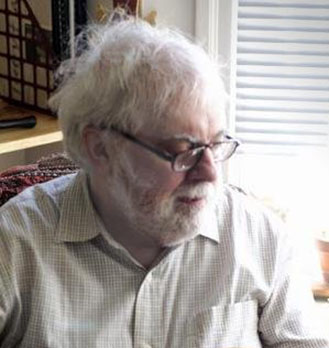 James Mitchell is the publisher of Ithuriel’s Spear, a non-profit small press that has plopped forth more than thirty books of poems and fiction by Bay Area writers since 2005. An enthusiastic resident of San Francisco since the Summer of Love in 1967, he edited Gay Sunrise, an anthology of gay liberation writing in San Francisco 1968–1972 which appeared in January and includes 32 writers and artists. In addition to editing Sebastian Quill, an early gay poetry magazine, his own books include Good Gay Poems, Soto Zen Ancestors in China, and two books of translation by the German poets Friedrich Hölderlin and Walafrid Strabo. 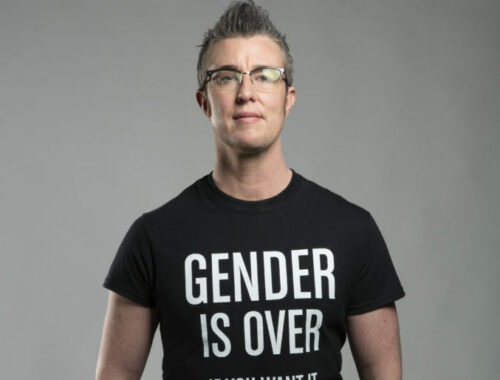 Sean Dorsey is a San Francisco-based choreographer, dancer, writer and longtime trans activist. Recognized as the US’ first acclaimed transgender modern dance choreographer, Dorsey has toured his work to 30 US cities. Dorsey has been awarded five Isadora Duncan Dance Awards, named “San Francisco’s Best Dance Company” (SF Weekly), and has been a leading advocate for trans equity in the performing arts for 20 years. Dorsey is the founding Artistic Director of Fresh Meat Productions, which invests in the creative expression and cultural leadership of trans and gender-nonconforming communities. Dorsey’s dance-theater works are rooted in trans/queer story and are created through extensive community engagement and research. Dorsey’s newest work BOYS IN TROUBLEis currently on a 20-city international tour. Previously, Dorsey created a trilogy of works that revealed censored, buried or forgotten parts of trans/queer history: THE MISSING GENERATION, The Secret History Of Love, and Uncovered: The Diary Project. www.freshmeatproductions.org